There are some stark parallels with the actions of the Hindu American Foundation in the US and those of the Hindu lobby here in the UK, who argue that inclusion of caste as a discriminatory factor in the Equality Act 2010 is a ‘hate crime’ against Hindus!

So to hear that the Hindu American Foundation (HAF) has filed to intervene in the case is deeply disturbing and indicates a lack of willingness to even discuss that caste-based discrimination exists. In amongst the wording of the case brought against Cisco, the State argues that caste is ‘a strict Hindu social and religious hierarchy’. This would contravene the First and Fourteenth Amendment rights of all Hindu Americans according to HAF’s Executive, Suhag Shukla, by attempting to define Hindu religious doctrine. The HAF has openly stated that they are anti-casteism, but their actions undermine the importance of the Cisco case by attempting to deflect the issue on to something else. 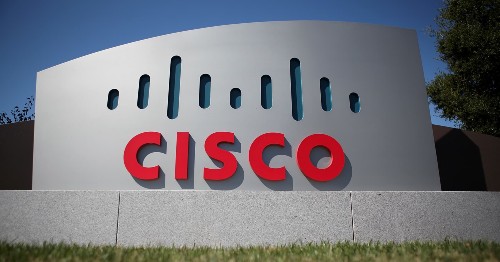 For those who are human rights activists, the decision by the State of California to sue tech giant Cisco for allowing caste-based discrimination to occur unchecked was a major breakthrough. It felt like there was finally some sign of responsibility taken by a government to tackle the issues of casteism imported by the South Asian diaspora, and that such behaviour would no longer go unnoticed. Most importantly of all, it was widely covered by a number of news outlets and raised awareness of the insidious nature of caste-based discrimination, and the ‘real life’ effects on individuals.

In effect, the HAF is accusing California of Hinduphobia. This, sadly, is a claim that activists have come up against repeatedly in the UK. During the Public Consultation on Caste-based Discrimination in the UK, the Hindu Forum repeatedly accused pro-legislation activists of trying to put blame on all Hindus and create a schism. It was erroneously claimed that DSN-UK was a Christian organisation (despite the fact that our Director was up for an award for Secularist of the Year) and that the concept of caste played no role in Hindu teachings. It is a moot point as to where casteism originated: the fact is that it is still taking place across the world, and our work is to end it, regardless of whether it affects or is perpetrated by Hindus, Muslims, Buddhists, Sikhs or Christians – or indeed those of no faith.

It is nigh on impossible to have an open discussion about casteism today – those who are anti-legislation are immediately on the defensive as soon as the subject is mentioned. The fact of the matter is that, like any discrimination, it is perpetrated by individuals; what is unacceptable is that certain institutions (whether cultural or religious) allow it to happen and then go on to paint the perpetrators as victims. Until both sides join forces to eliminate it as a cultural norm or legislation provides adequate protection for victims, progress will continue to be slow.

You can find out more about which cookies we are using or switch them off in settings.

This website uses cookies so that we can provide you with the best user experience possible. Cookie information is stored in your browser and performs functions such as recognising you when you return to our website and helping our team to understand which sections of the website you find most interesting and useful.

Strictly Necessary Cookie should be enabled at all times so that we can save your preferences for cookie settings.

If you disable this cookie, we will not be able to save your preferences. This means that every time you visit this website you will need to enable or disable cookies again.